Ezekiel 3:17 "Son of man, I have made you a watchman for the house of Israel. Whenever you hear a word from my mouth, you shall give them warning from me."

People who know me well, either in ministry, business or personally would most likely agree that I am a watchman. It is not only part of my character and personality, but a result of both my natural and spiritual gifts.

This is one of few posts that you will see from me, about me. I am writing to you today in an effort to give you understanding about my point of view for all future posts. 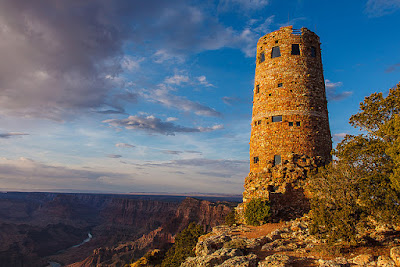 What is a Watchman?

In Old Testament times, watchmen were posted around the clock, on the wall of the city, in places that offered a strategic view of the land surrounding the city.

In this largely agrarian society, there were watchmen placed to watch over the fields, especially in the time leading up to harvest, to watch the fields for animals or thieves who would steal the crops. The harvest was a staple for the people of the city.

Additionally the watchman was to warn of any unknown or unwelcome visitors approaching the city.

Though from his vantage point, he could see the happenings of the city itself, the role of the watchman was to watch what was going on outside the walls, in order to alert those inside the walls.

Let's look at a couple of words here in this scripture. The word used here that is translated as 'watchman' is the Hebrew word tsâphâh, which means to lean forward, to peer into the distance; to observe. Israel means "he will rule as God". And 'house', bayith is best translated as "family".

As believers, we are the Body of Christ; the house of Israel. We are the 'family' that 'will rule as God'. Keep that in mind a moment.

God called both Ezekiel and Hosea watchmen. (Hos 9:8) And other old testament prophets fulfilled the same duties as watchmen in their roles as prophets for God's people.  Though even in our time the idea of a watchman and prophet are nearly synonymous, the New Testament prophetic people and prophets should not look the same as our Old Testament counter parts.

Paul said "Now I want you all to speak in tongues, but even more to prophesy." We've heard this verse more than once. Did you know that Moses had the same desire?

There were these two men in the book of Exodus, Eldad and Medad, and the Spirit of God had come upon them and they were prophesying (speaking by inspiration) in the camp! Joshua came to Moses to tell him and said that Moses should forbid them. He thought they shouldn't because they can't possibly know what they are doing! Moses' response?


Numbers 11:29 But Moses said to him, "Are you jealous for my sake? Would that all the LORD's people were prophets, that the LORD would put his Spirit on them!"

Here's the catch:
In these days, there is something that has many times, not sat right with me; prophetic people or prophets whose words are constantly warning about the wrath of God. Let's be clear. Jesus Christ bore the ENTIRE wrath of God upon himself on the cross. Words of judgement upon a nation, upon a region, upon people? Jesus said, "The Son can do nothing of himself, but what he sees the Father doing." God the Father is not judging. He has already done that.

Admittedly, God may give words through any one of the speaking gifts (prophecy, knowledge, wisdom, interpretation of tongues) that are cautionary or directional but remember there is no condemnation for those in Christ and Christ died once, for all.

Finally, there is fresh revelation being poured into the church Body in these days. I hope and pray that you are able to bear witness to it in your region of the earth. There is a great awakening of the Body of Christ, the ekklesia, and you will also receive revelation of the move of God in the earth in these days. What We Have Written